Ok, so you've read the post on Bias Garments and have washed and prepared your fabric. now for the cutting out.

My best advice is to follow the layout plan included in the pattern instructions.

You do not need to cut out interfacing for the bodice front and back facings if you plan to do the chenille effect. The only piece that needs fusible  interfacing is the pocket facing. Do not apply interfacing until I explain what to do with it.

I used a large piece of waxed marking paper cause I love it and laid the facings with pattern still pinned over the paper and used a tracing  wheel.


Now it's time to draw the lines for the chenille effect. On both the front and back facing pieces, you will see a line to use as a starting point. In the second photo below, I made a second line 4" away because I had planned to stop there but later changed my mind. Then draw lines 1/2 " apart as far up and as far down as you want with your tracing wheel. 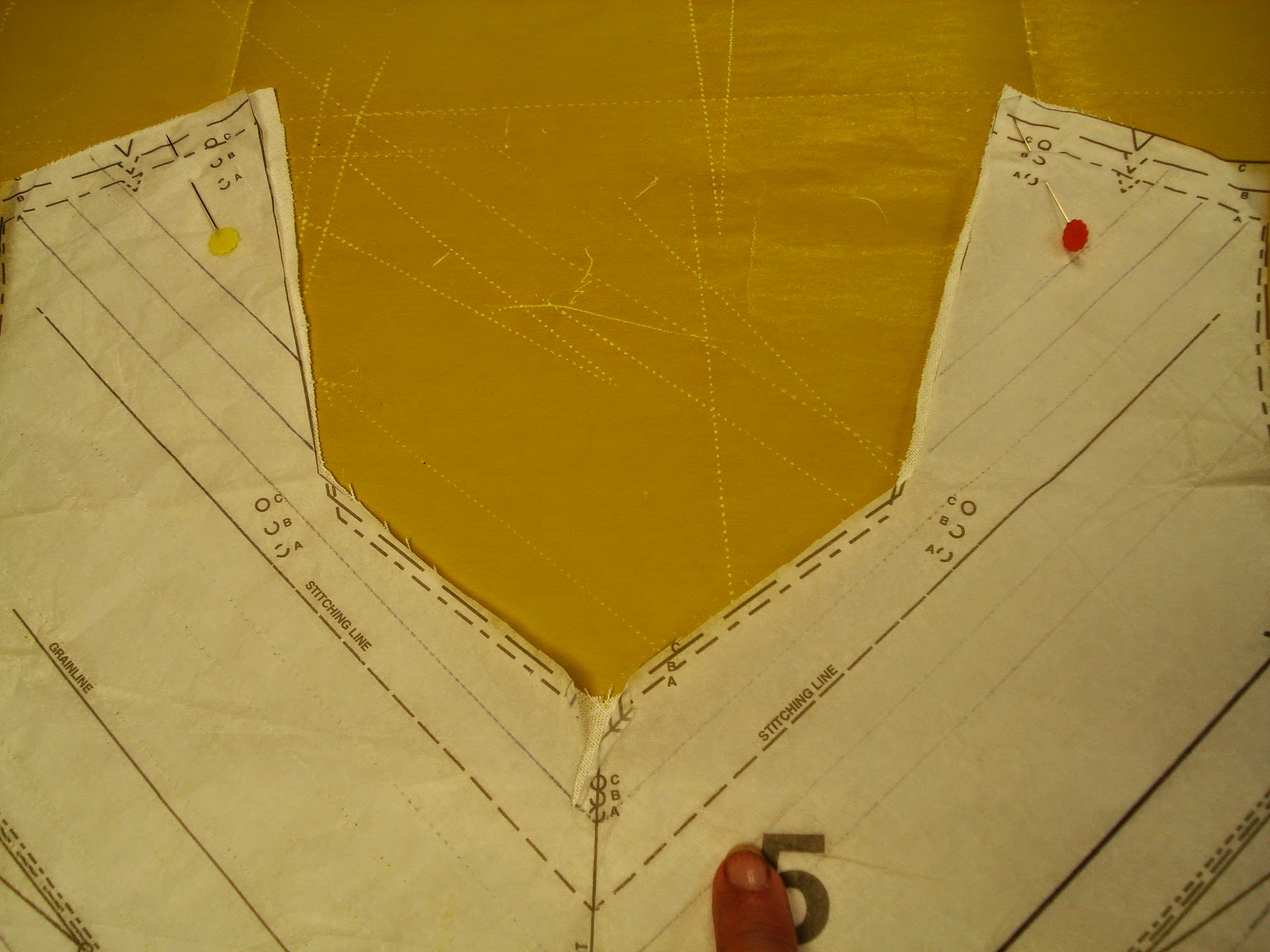 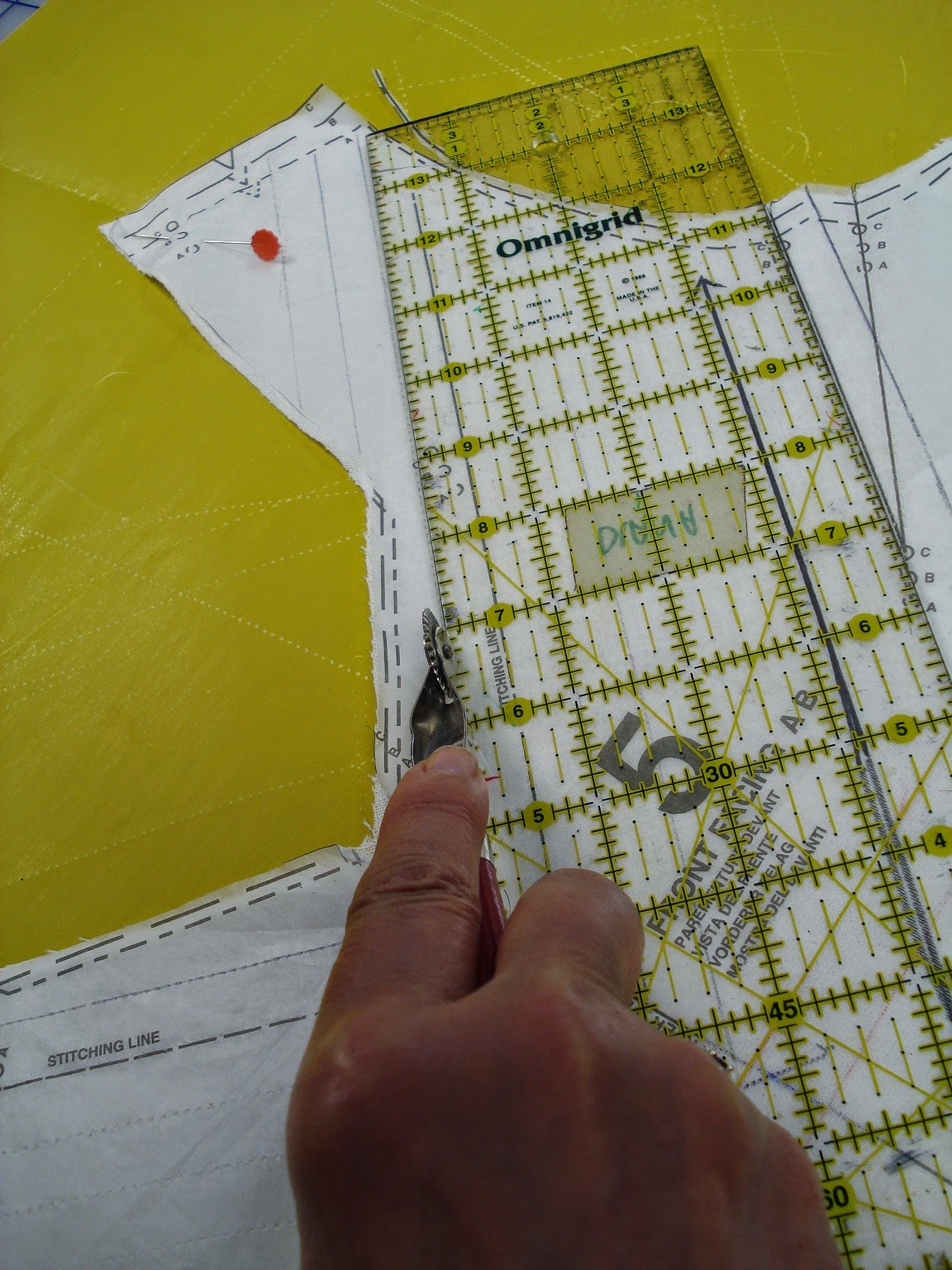 As well mark the darts. I did a slight FBA on mine so you see the side bust dart as well as the armhole one.
Oh and by the way, don't sew in the darts yet .They are only sewn after all the stitching for the chenilling is complete. 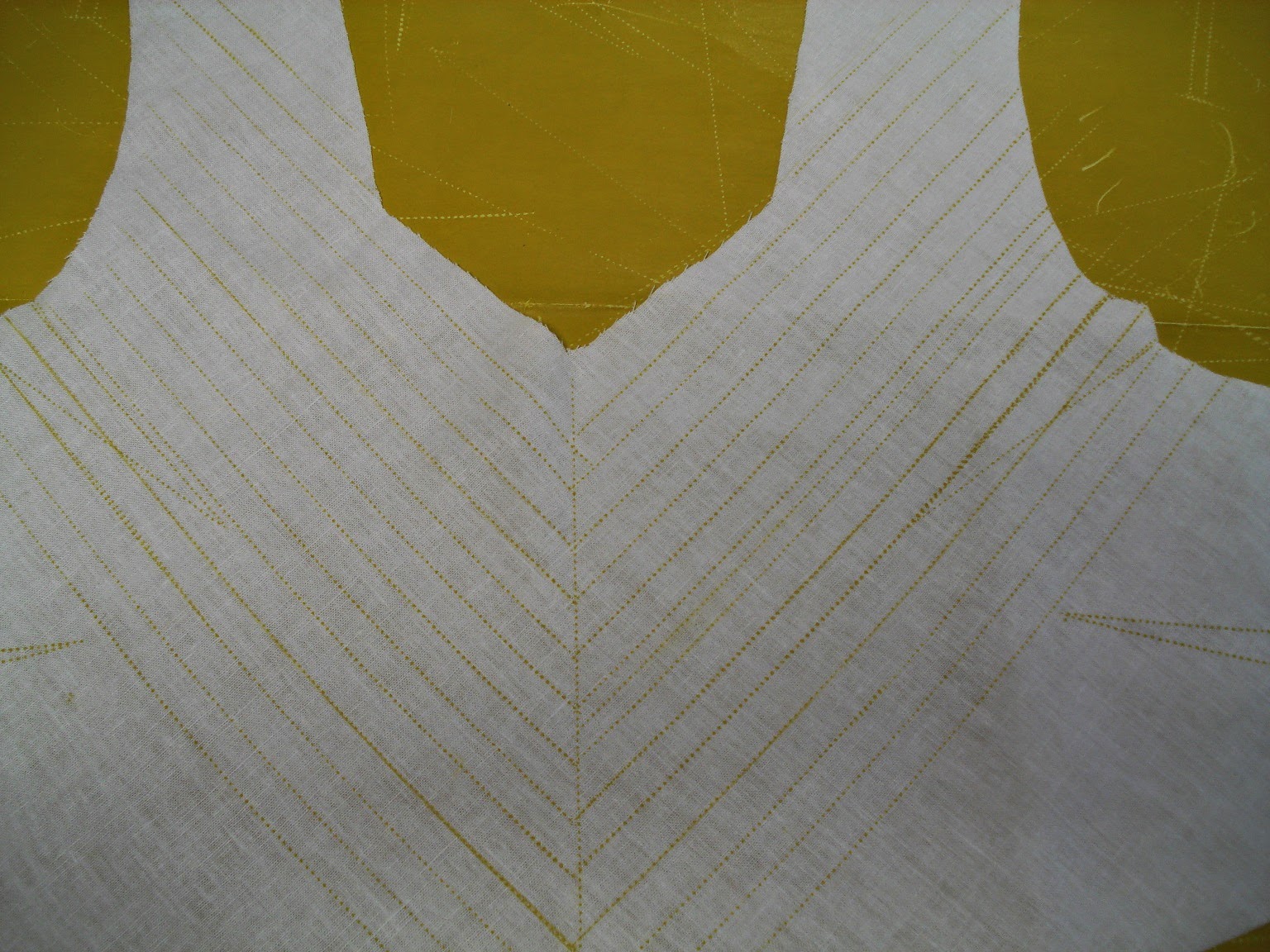 I decided to only do five lines on the back of my dress but you could leave it out completely or do the whole thing. 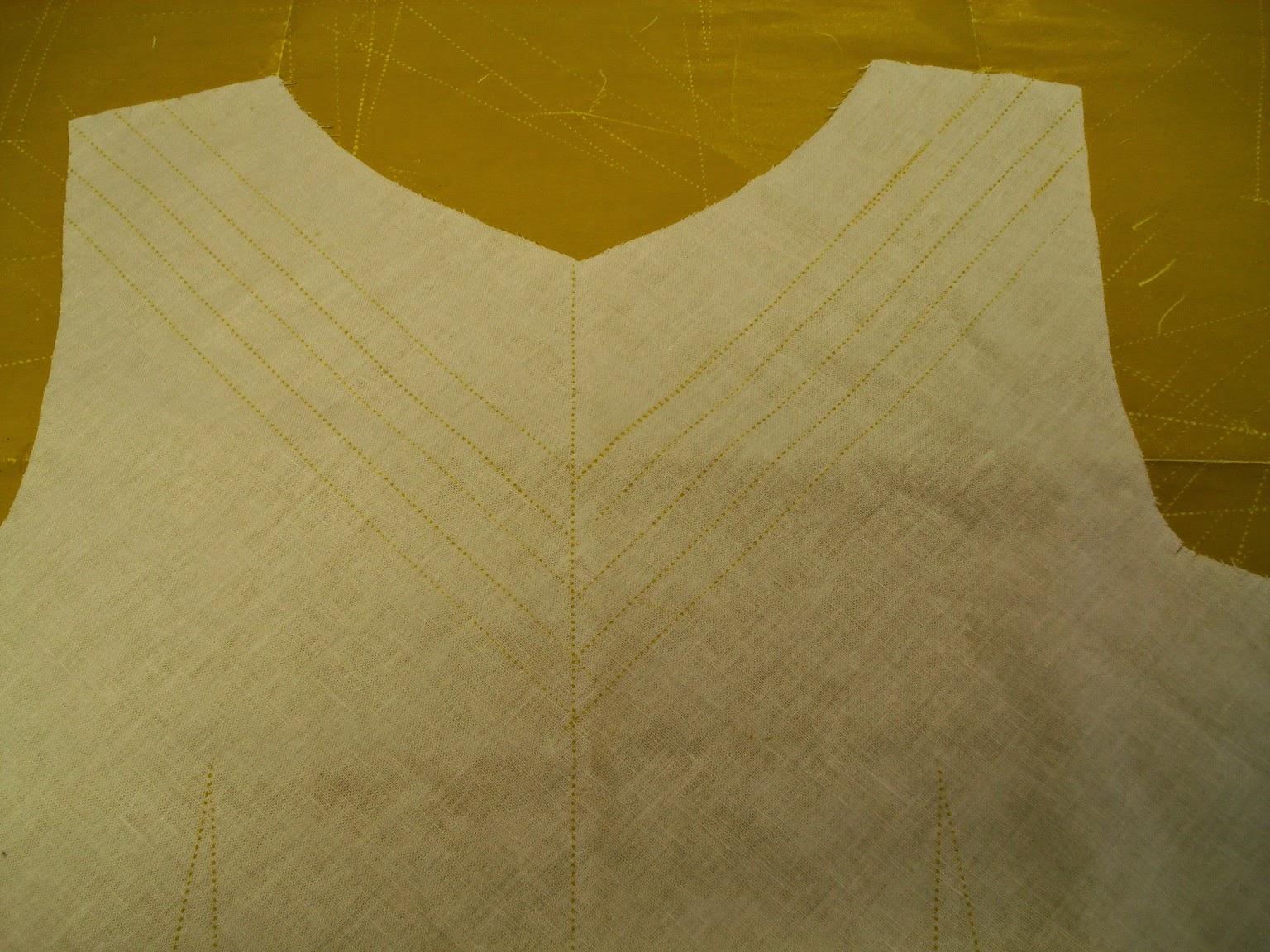 After marking everything, set this aside. You are now ready to start sewing the dress the first thing to do is the pocket facings. Remember. Don't apply the interfacing yet!

I'll do my best to post the pockets step by late afternoon, Donna and Karen!

I'm adding this new section under the title Pages (for New Sewers) just below. It's just for those people who don't already sew or who do but are not having good results.
To access the topic just click on it and the page will appear. It isn't a post and you can't find it by scrolling down the various posts.


I want to emphasize that these fitting solutions are what works for me and what I share with my students. I don't claim to be an expert on this topic. I've gathered this information from various sources.

4.What is Understitching and Why is it Important?

6.What Does Stitch in the Ditch Mean?

7.How to make a Coat Look More Professional,Part 1

8. How to Make a Coat Look Professional,Part2

10.How to Avoid the Gaping at the Center Front Bottom of a Coat

25.One Layer Side Seam Pockets

I thought I'd share with you some useful ideas that I've come up with that are really helpful to me as a sewist.

#4.What size needle did I put in there??

#5. I just can't see the hole in that needle anymore

#6.Another use for that tomato pincushion

#7.Organizing all those packets of sewing machine needles

#9.Keeping your scissors at your sewing machine

#11.Making You Own Fusible Stay Tape

#13.What to do With all Those Bobbins.